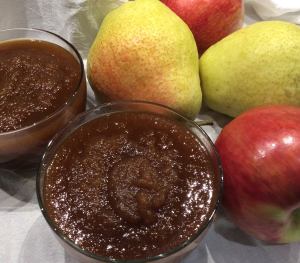 We planted pear trees when we moved into our house and this year we got a nice crop. This is the perfect thing to mix into cakes instead of oil, or swirl it into oatmeal.. or just eat warm as dessert (maybe over frozen yogurt). It was not quite as thick as I had hoped for but if I adjusted to more fruit it might be thicker. Still tweaking but will make this recipe again. 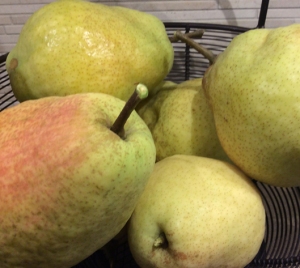 I adapted this from a recipe on the Cooking Channel 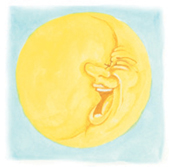 If I knew you were coming I'd have baked a cake...

I hope that someone sees this page and decides not to give up...

A blog full of food stories

A cooking survival guide for those who don't know how

My Meals are on Wheels

Life and Cooking from a Wheelchair

German comfort food for the soul

whatever happened​ to the time of unicorns and rainbows. 🦄

BY GRACE THROUGH FAITH

Tales of humour, whimsy and courgettes

NOTES ON THE MENU: because everyone loves talking about food.

All the dishes featured here are cooked and photographed by me.

Something From the Ovens

A little food, a little art, a lot of love!

Two Townsville wives with a combined passion for food adventures